The organ was a gift by Mrs. William L. McLean in memory of her son who died in the First World War. This was indeed a giant organ with four manuals, 11 divisions, and 99 ranks. Included was a String Organ, a division which was coming into fashion at that time.

The organ as it exists today contains some of the original, including the famous Austin walk-in windchests. These allow easy access to the actions which play this nearly 7,000 pipes. Cleaning and re-voicing of the pipework was completed in 1999. Digital voices by Walker Technical Co. replace the original divisions in the front that were removed in a 1964 rebuilding. 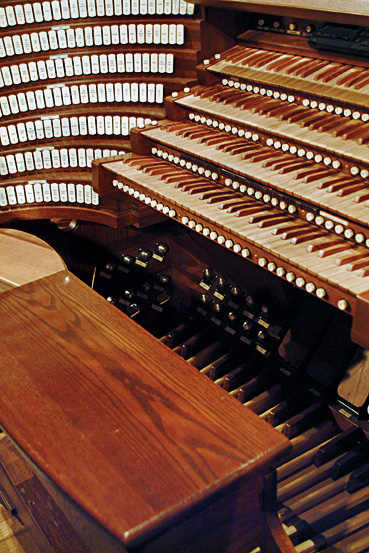 A new console by R.A. Colby controls the 122 ranks of pipes and 32 digital voices with its 354 stops. By size it is the largest church organ in Philadelphia. The organ’s real claim to fame is its seemingly endless possibilities for tonal color and shading. 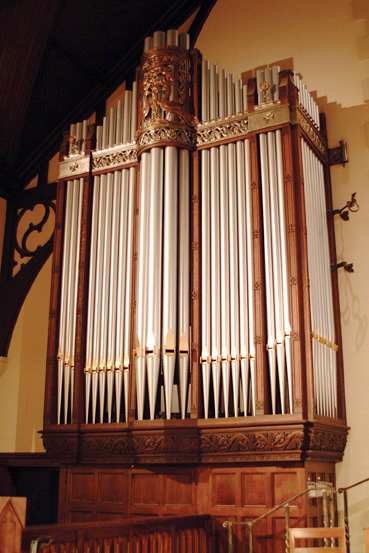 The McLean Memorial Pipe Organ is at the heart of a rich musical heritage at First Church, which celebrates the gift of music in worship and concerts. The organ encourages joyous congregational singing, beautifully accompanies the choirs of the church, and is featured as a solo and ensemble instrument in concert. The sanctuary layout offers a unique venue for rarely performed organ and orchestra repertoire.

Listen to the McLean Memorial Pipe Organ on YouTube